Pornography has been alive since the beginning of man-kind, however, as computer mediated communication (CMC), changes the accessibility to this, pornography and the degrees to which it is defined have saturated our sexual narrative. Here pornography is defined as generated CMC ‘clips’ accessed over the internet and designed to arouse the viewer by depicting sexual scenes such as oral, vaginal and anal penetralia including masturbation with an intensive focus on genitals (Peter &Valkenberg 2016). In 1896, the first known pornography soft-core-film was made by Eugene Pirous and was called ‘Coucher de la Mariee’, starring Louise Willy who was filmed doing a strip-tease before bathing, (Head 2020). Moving forward to the 1960’s, sociology has helped craft sexual deviance from a fustian theological and morally deviant perspective to a contemporary society deep-rooted in psychological and psychiatric defective norms (Gagnon & Simon 1968). The 1960’s experienced a significantly huge thrust towards sexual freedom and prosperity, which Durkheim coined the ‘anomie of prosperity’ (Gagnon & Simon 1968). This period has been pivotal towards creating the stirrings of a shift towards seeking to ratify the inherent inequality in working conditions for women, abortion rights and a slew of other tangible gender associated changes including the sexual objectification of women and girls. The pornography industry has exponentially grown this objectification to accommodate a new expansive deviance in interpersonal and psychologically discretionary sexual encounters.

Contemporary society is no stranger to extra-dydadic sexual rendezvous; however, the sexual attitudes emergent from the accessibility of pornography is perceptible in the association of studies depicting extramarital sex, affairs, multiple partners and one-night-stands, (Wright & Vangeel 2019). The overall pervasiveness of the worldwide social and relational implications of the pornography phenomenon is apparent from the changing attitudes of sexual permissiveness, (Wright & Vangeel 2019). In addition, other studies are now finding the younger generations are spending so much time online that their face-to-face interactions are reducing their capacity for real-time connections and sex, (Twenge, Spitzberg & Campbell 2015). This is in contrast to older generations who continue to step outside of normative sexual societal constraints and enter into the prolificness of the cyber-sexual world through pornography. As the growing diversity of content in pornography shapes a new sexual narrative, Sexual Script Theory (SST) proposes that sexual scripts are rooted in the culturally acquired notions that speak to anything pertaining to sex that counts (Frith & Kitzinger 2001). This suggests the volume of pornography being ingested is helping to significantly shape the hetero-normative views on sexuality. To elaborate, one consequence of sexuality changing the current sexological norm is in the over-education received via CMC’s. Meaning our sexual behaviourisms are expanding and diversifying from our accessibility to pornography in one way or another.

Generally, sociologists have discussed sexual deviance from differing perspectives, such as Talcott Parsons (1955), a Structural Functionist Theorist. This theory focussed on sexuality being immersed in the sanctity of marriage (Martin & George 2006) leaving discussion around sexuality traditionally coming from parents. The idea behind structural functionist theory is that the parent could verse their child on all matters pertaining to sex allowing the child’s meaning making to be experienced from their physical experience and within the norms of the family’s sexual beliefs, for example, marriage when they came of age. In contrast to conflict theorists who argue that control comes from a position of power (Collins 1971). This is seen in patriarchy whereby, conflict theorists maintain women are then oppressed further creating a power imbalance which also affects the gay, lesbian and queer communities. Moreover, conflict theorists posit, whilst there are inequalities between sexuality and economics there will always be conflict between these communities. As we have shifted into a contemporary and technological society, pornography can take the place of the primary caretaker and educate the child (Bridges, Sun, Ezzell & Johnson 2016) therefore changing the lens on how sex is discovered and experienced (Simon & Gagnon 2003). From a phenomenological perspective, several questions require exploration. How is pornography explicitly evolving and what is the lens through which these changes preclude the meaning making of the actor.  How does the actor stay connected to self and others in a relational sense outside of their cyber world and more importantly what true and connected sexual satisfaction is morally derived and embodied as the actor moves in and out of their virtual and human-to-human worlds.

Step back in time to 2017 and again with the help of technology via the internet the #Metoo (Head 2020) movement helped spawn a global revolution for the women of the world. It used high exposure to call-to- arms for the transcontinental recognition of the multitudes of women and girls sexually harassed and abused. This movement gave rise and continues to convoke a platform for women to muster for the immediate and ongoing recognition of predatory sexual behaviours and atrocities being experienced globally by women and girls of all ages and nationalities. In doing so, the capacity to illuminate further the suffering some women and some girls experience under privacy or not, systemic interpersonal sexual abuse, sexual terrorism and trauma. Within the pornography industry participants are shown to express heightened expressions of satisfaction, enjoyment and pleasure without the actor knowing of the abuse received to give the audience what is it asking and the personal and self-inflicted physical abuse required to lubricate and stretch the anus and or vagina for sometimes hours of penetration. Does this suggest our sexual scripts are being written for us, and are we aware of the subliminal messages splashed across screens in the form of advertising which are in fact priming our sexual scripts before we even consciously turn towards pornography? To add further to this argument, have we self-reflected enough or been taught to ask ‘what do we need’ and ‘what do we want’ to achieve our own relational sense of personal intimacy before we can do this deliberately with another before incorporating pornography into the dyadic sexual script.

If modelling occurs from the over-education of watching pornography then the sexual scripts of its actors are being changed (Wright & Vangeel 2019) to reflect new normative and permissive sexual behaviours which demonstrate the societal constructionist view of labelling. In the same way the profusion of pornography continues to highlight the predatory behaviours emerging from pornography usage, the labelling theories view of the sexual abuse epidemic can be experienced bilaterally and position this deviance as being a societal issue. Sexual terrorism then becomes an act of deviance; furthermore, it views the deviant as cause and therefore pushes stigmatization directly back upon the perpetrator to conform. This conformity then upholds the society’s values, except this is not working.

In conclusion, the pornography industry is highlighting the speed at which new sexual scripts are being written but does so forgetting we are relational beings who require the tangibleness of our senses such as touch to feel and smell to heighten sensation. Central to all of this and more importantly is firstly to acknowledge our most basic need is to connect with our self intimately and then to our sexual partner in all of our physicality, something that technology and pornography is unable to offer its viewers. The over-education of the pornography industry is taking away something in its ease of access; it is taking away our ability to learn our own sexual scripts and instead projects the sexual scripts of the pornography industry onto the viewer, who in turn projects this onto their sexual partner. In other words, the consumer learns to be sexual and about their sexuality through the medium of pornography instead of exploring and learning this as they navigate towards creating their own sexual discourse. 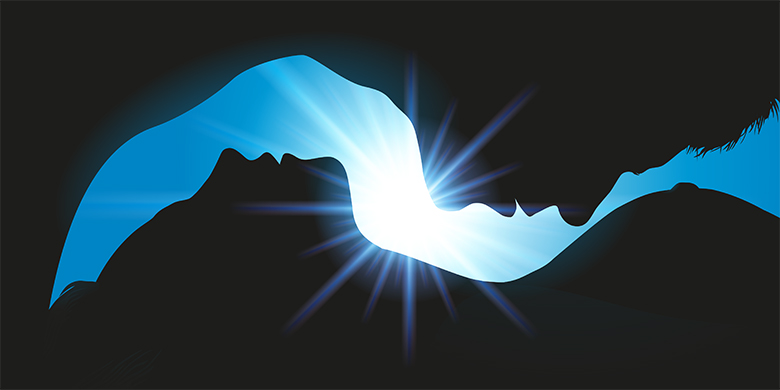